TEARING DOWN AND BUILDING UP

Hello all!   Ahhh! Back home again! And this time maybe for two months!

A couple of nights ago, I went next door to the internet café to send off some rather heavy emails (my home connection is just too weak). As I was working, I heard a rising rabble of voices out on the side of the boulevard. At one point the shouting reached such a high crescendo making me wonder whether violence was going to follow. What was happening I wondered? I decided it was time to get out of there!  As I stepped out the door I paused for a few minutes to observe the situation and pray for a calming spirit. And to my surprise the quarrel started calming down. I asked the more discrete bystanders what was going on. They explained that two motorcyclists had run into each other. Must not be very injured, I surmised, to have the energy to carry on such an argument!

Afterwards, I reflected on my own reactions to the incident and contrasted them with my idealistic desire to contribute to peacemaking! I have to admit my first reflex was not to step into the fray, but just to get as far away as possible from potential violence!  Of course, in North America, probably the first reflex would be to call the police. But what would you have done if you had been in my situation?

In Burkina, the military mutiny is over (we hope!), several hundred soldiers lost their jobs, and some are in prison, I am told, and unfortunately some lost their lives. Some civilians also lost their lives from stray bullets, some women were raped, businesses lost millions of dollars, and the tourists are staying away. Once the military were finished their rampage and the students' and teachers' demands were satisfied, workers of other institutions decided it was their turn to demand their rights - so at different times we were not able to make phone calls, not able to buy bread, and even not able to pay our taxes! I thought our crises were mainly limited to cities - was I wrong! A couple of weeks ago, I went to visit Mennonite Brethren colleagues the Bergens and the Warners, in the small town of N'dorola and as we drove into town, what did I see?? Some men in military uniform lounging under a tree with their guns propped up beside them!  It turns out that some farmers who decided to boycott cotton growing this year were destroying the fields of the non-boycotters, and in some cases, their livestock, too! This kind of violence has spread to other provinces in Burkina, and the local news reported the other night that over 1000 hectares of cotton plants have been destroyed, and one death has been reported.

Yes, there is social unrest, and government leaders are waking up to the fact that justice is part of the equation for peace. There are also factors beyond their control - prices keep going up, but salaries (and cotton revenue) are not keeping pace. At any rate, it is deeply engrained in all of us now, that we cannot take peace for granted. We thank God for each day of peace, we pray for economic stability and well-being for all.  And we are thankful that my brother-in-law was able to enjoy the pomp and ceremony of marrying his own daughter (as mayor, July 23) four short months  after being attacked by soldiers in his home that scary night of 29-30 March, 2011. 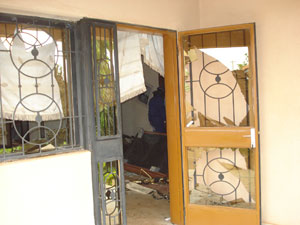 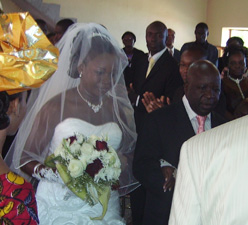 Global warning or what? In 2009 and 2010, it was flooding. In 2011 it seems that destructive winds are on the menu. . Strong enough to knock down the free standing walls of the church that Daniel is building in a new neighbourhood of Ouagadougou. They were almost ready to look for materials to put on the roof but alas!  Weeks later part of the roof of a small office building (for the Compassion Intl. ministry at the church) on the same premises was ripped off! And so discouragement and  the challenge of starting over again to build up the church! 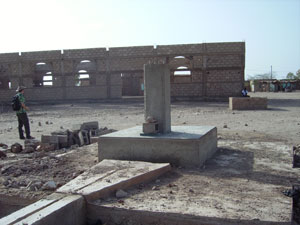 My time in Nigeria, helping out at a translation workshop on the book of Amos, was very richly satisfying. The stories of violence there only served to remind me why I was there. They have a particularly complex political/ethnic/religious situation where violence is regularly met with violence. However, the challenges of of living in Jos with poor electricity and challenging logistics were by far superseded by the warm welcome I received. And affirmation for my lectures and translation checking sessions with the Kamwe translators left me -- just plain happy.

When I left the Bible Society in 2010, the staff gave me a leather plaque with the verse from Hebrews 6:10: For God is not unjust to forget your work... That verse gave me hope that all the hard work I had done over the years for Him was not in vain. And now as I returned from Nigeria, I realized that in both Ivory Coast and Nigeria, all the work I had done previously was now benefiting others. In Ivory Coast, I was able to combine content from my thesis on Biblical law with a beginning draft on a manual for the translation of the Old Testament to teach pastoral and translation students. In Nigeria, I was able to present my powerpoint series on the Grapevine  for the first time to someone else besides the translators I had worked with at Burkina Bible Society. This powerpoint series is now English and in French, and I have been encouraged to move ahead and polish it up so that others can benefit from it. 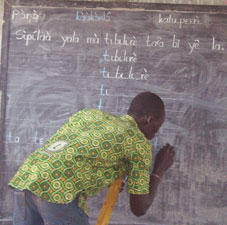 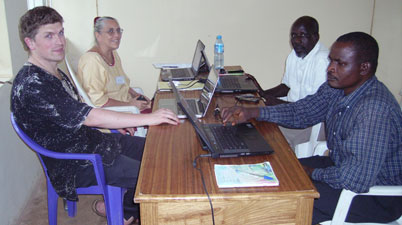 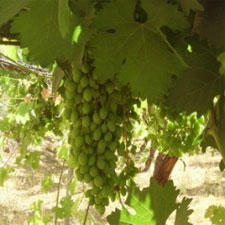 Website: aegk.finespun.net
Skype:  annegk1
If you want to get frequent tidbits of news, ask to be my friend on FACEBOOK - Anne Kompaore