He hides my soul in the cleft of the rock

23 This is what the LORD says:
"Let not the wise man boast of his wisdom
or the strong man boast of his strength
or the rich man boast of his riches,
24 but let him who boasts boast about this:
that he understands and know
that I am the LORD,
who exercises kindness, justice and righteousness on earth,
for in these I delight,"  declares the LORD.

The last few months have been full of activity and discovery, mixed in with some reflexion. Here are a few jottings:

Knowing God and seeing His intervention in our lives

May was the anniversary of the Kenya Airways crash that I narrowly missed on May 4, 2007. In May of this year, I was again on Kenya Airways on my way to Nairobi for translation consultant meetings. This time I was given an opportunity to reflect on the impact this event had on me through a meditation on the expression 'know God' as found in the Hebrew.  The passage above was given as my point of departure.  Here are a few thoughts: 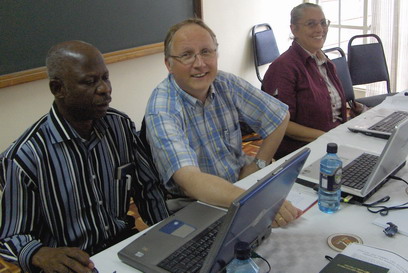 May 23-24 - I flew from Nairobi with a five hour layover in Addis Ababa, Ethiopia, and then on to Tel Aviv. The sun was rising over a clear sky as we approached Israel, and to my surprise, we approached from the south east, flying over the Negev desert, and then turning north at the Dead Sea and following the Dead Sea towards the north - I could see the Dead Sea directly below us, and the cliffs to the west of it. I was not sure if I spotted Ein Geddi and the Qumran site. And then before we got to the northern tip of the Dead Sea, we turned west and followed the hilly Judean desert up to the Judean mountains and  passed directly over Jerusalem, clearly marked by the gold covered Dome of the Rock at the Temple site. Then we turned northwest and almost literally followed the Jerusalem-Tel Aviv highway, but when we got to Tel Aviv, we kept on going over the Mediterranean Sea, and then circled around and back to Tel Aviv and landed.

My primary occupation in Israel was to teach Exegesis and Translation to a group of francophone students from Africa, who had spent several months learning Hebrew. This was an exciting challenge for me, as for the first time in my life, I could teach Hebrew linguistics and understanding of the text at a high academic level, to people who would be applying it directly to translation. Three of the students were from Burkina!  During my six week stay, I did not have much opportunity to travel, but instead I took in the sites, smells, and experienced life around me such as: 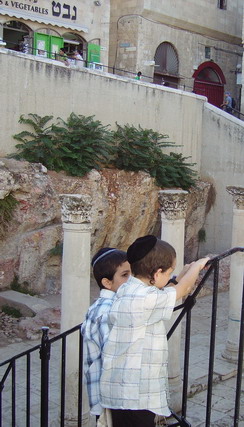 
Now I am back in Burkina Faso, enjoying a very good rainy season - not too much, not too little rain, with three grandchildren spending their school vacation with us. But also teaching Greek and starting two new translation projects, and setting up the training for each of the new translators.

Daniel is very busy with his new position as president of the Apostolic Mission church, and senior pastor of the main church. I am now attending their early Sunday morning French service, which I find inspiring.

Thank you for your prayers as I continue a busy schedule in the next months, particularly this month of September, and for Daniel as faces many challenges in his new position.

P.S.  Please pass this newsletter on to interested individuals. If you do not wish to receive this letter please let me know, and I will drop your name from the list.